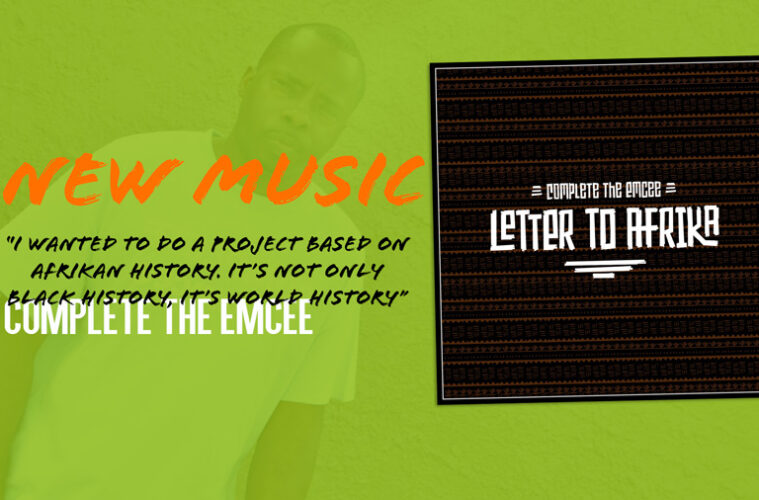 In the 1st of a 3 songs dedicated to Black History Month, Complete released the record Letter To Afrika. DubDeuceDs asked Complete what the meaning and inspiration was behind song.

” I literally imagined myself writing a letter to Afrika from my perspective. I had a coworker approach me about doing a music project that addressed black or Afrikan American history. He said he was fed up with radio music and asked if I would be open to challenge of doing a project based on substance and something talking about more in-depth afrikan history. I said, no problem and told him that’s right up my alley. That’s the type of stuff I do from time to time anyway but I just haven’t dedicated full songs or projects to the concept.”

“I wanted to do a project based on Afrikan history. It’s not only black history, it’s world history”

Letter To Afrika by Complete The Emcee – DistroKid

All the records were produced by Jacksonville, Arkansas’ “AmAZin”, as were the entire Still Good EP.