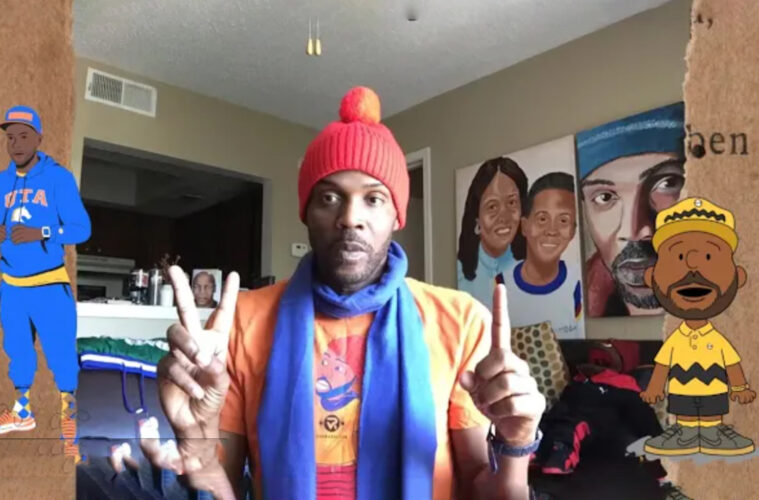 The mark of a true and authentic artist can be measured by their compulsion to create. Dallas legend PiKaHsSo Allen Poe is arguably one of the most creative and prolific artists in DFW Hip Hop History. He never stops creating; he never stops exploring. Its obvious that there is a deep churning drive to make dope art that resides somewhere in the soul of the Verbadelyck Records artist.
For as far as video has been on the internet, Pik has been feeding the stream. From his groundbreaking Fat Albert N The Hood to the live action ghetto sitcom Trap HOUSE tHE SHOW, he has created a catalog of creativity that will outlive everyone reading this.
One of the many ongoing traditions is his annual; A Photo A Day For 1 Year.

Pik has pioneered the scene in Dallas and Ft. Worth with his many albums, collaborations, podcast, blogs, columns, films, and performances. Every one of them unique but completely dripped in the “PiKaHsSo” aesthetic. What is the PikaHsSo aesthetic? Well, we can show you better than we can tell you.
However fair warning, trying to take in all of his contributions in one sitting is like trying to get a drink of water from a fire hydrant. But for fun lets take a quick tour of some of the fun content he has giving us over the years; starting with the genius of The World’s shortest rap song and video.

Make sure and subscribe to all of Pik’s channels and go buy stuff from his website: Verbadelyck Records