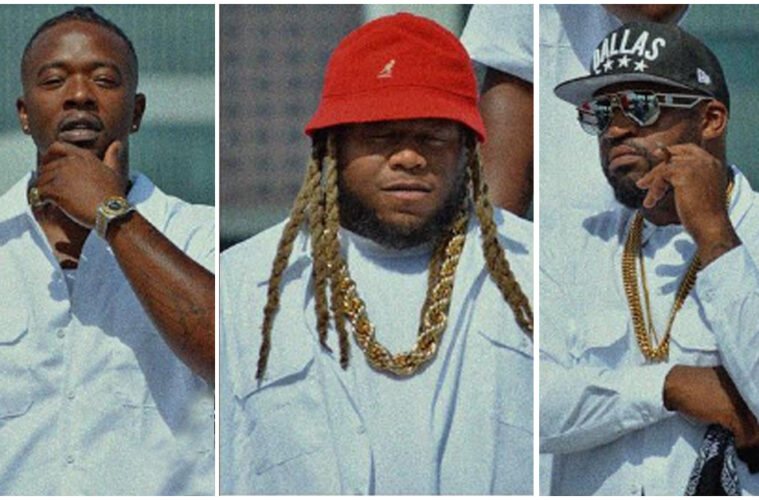 Anything not earned is time wasted.🎤🎵🎶

It not only carries with it much wisdom, but it also represents an inner ethos shared by all members of the newly formed Profit God, a super group consisting of three hugely reputable Dallas MCs: Que P, Rakim Al-Jabbaar, and AP the Apostle

The ensemble that makes up the Profit God crew wasted no time in bringing the project to life. The execution was as swift as the flash of vision that originally led to starting the endeavor. Once they knew they had something, everyone knew what to do.

The project was brought together and developed by Amp B (Anthony Buchanan) who originally assembled the trio of artist for the song “Cloth Talk”. After receiving much encouragement from Oktober1st, who engineered that first session, Amp B had a vision and Profit God was born.

With Oktober1st executively producing the project, Amp B would go on to function as the group’s A&R and see the project through to its end. The 2 paired the trio’s raps with an array of some of Dallas most current and talented producers to create a 1 of 1 project that showcases some of the top tier talent right here in the city.

With beats from producers like LoneStar, Migi, Darkside, Domino, Budd Beats, Meezy, Keyzdashshawn, this project is guaranteed to get a lot of attention, even from outside its own region. And of course, Oktober1st contributed a couple of his own beats.

I knew they had something special after the first session. I challenged to make more records and to think about a whole project. The sound they came up with, it shines a different light on Dallas. I just wanted to help make sure they sounded their best and deliver a cohesive and consistent project from start to finish. Hopefully people take the time to listen just as we took the time to create it 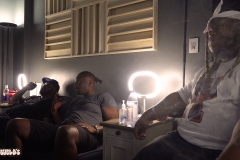 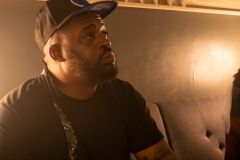 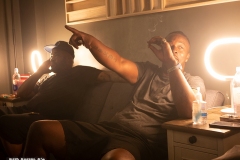 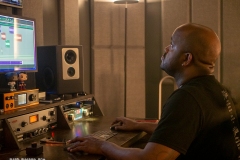 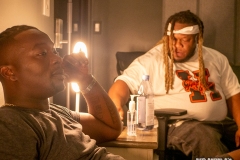 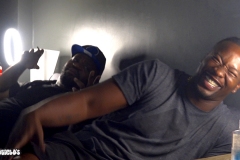 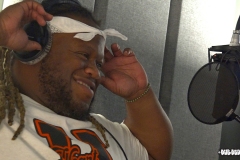 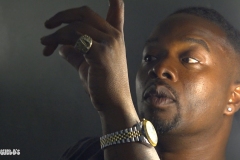 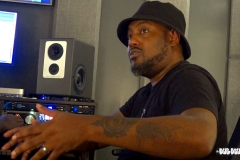 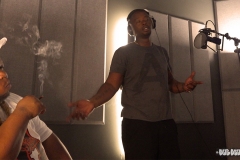 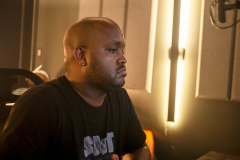 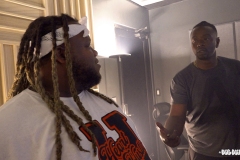 Amp B brought in local talent to collaborate and make contributions that made sense to the forming aesthetic. With the talent pool consisting of photographers, promoters, an art director, and even a small board of advisors, it is a highly curated offering.

There is something in the contrast of the 3 uniquely different flows that offers a rich aesthetic that listeners will get right away. Its a very rewarding listen with no fluff or artificial flavors.

My Vision for Profit God, Is for Them to be the best lyrical HipHop Super Group assembled in Dallas Texas. With top shelf production from the best. I want people to see that you don’t have to leave Dallas to get the best Muzik that the industry has to offer!

DubDeuceDs was invited to the last recording session to document the moment.