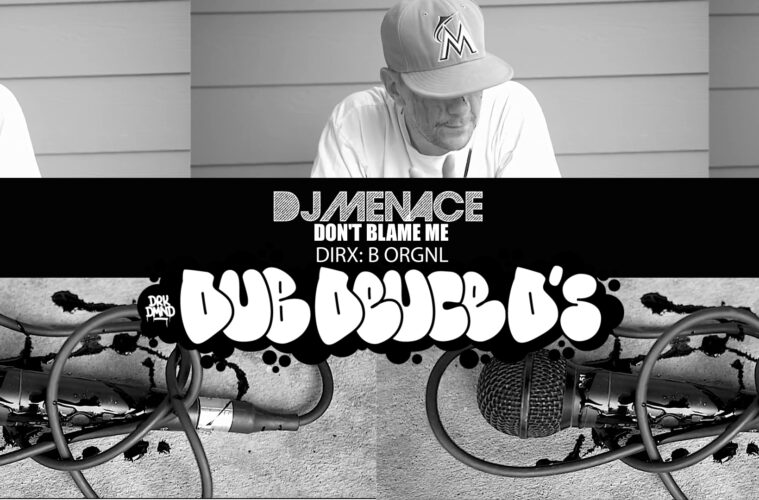 By Justin Livingston
DJ Menace admits that when he first moved to Dallas in 2013, he didn’t realize that such an active Hip-Hop community existed here.

Menace is not new to the game, he has a long-established career in Hip-Hop from spinning records, to producing, to working the underground circuit. However, he is new to Dallas, and the Triple D is fortunate to have him on the scene.

The Miami native, who was working as an on-air personality for the Mark McCrazy Morning Show in Miami, left the warm sunny beaches in Florida for the bright city lights of the Big D, to advance his career in radio after McCrazy took a job as the operations manager for both 94.5 and 97.9.

Having been a huge advocate of the classic Hip-Hop format before it ever hit the airwaves, it’s somewhat of a personal victory for Menace as he helps usher in this new phase of the genre’s lifecycle as a DJ and personality on Magic 94.5fm. Being a part of its success makes him a Hip-Hop pioneer in many regards.

In Dallas, the successful DJ, who had been rapping since he was 11 years old, enjoys his day job at Majic 94.5 and making his appearances on 97.9 The Beat. But he still tightly grips onto his ambitions as rapper and having his own records spun.

For Menace its not about being a star, he is not chasing fame, he is just looking for the respect and recognition of those artist that he has always held in such high regards. Currently he is counting a “W” in that column as he is finding support from legendary DJ’s like Premier, Statik Selektah, and Tony Touch.

“The first year that I was here, I really didn’t think it was a Hip-Hop city,” he said. “It wasn’t until I met Joel Salazar that I realized I just wasn’t plugged all the way in.”

Salazar, a Dallas promoter and founder of Too Fresh Productions, introduced Menace to a more intimate portrait of the Dallas Hip-Hop community, and he became more active in the scene itself and instantly began reppin the Triple D.  Audiences are now beginning to know him as a Dallas rapper.

Like any true representor, he has put on for the city, sharing his spotlight with other Dallas artist. He has already worked with Rakim Al Jabaar, Leo J, B. ORGNL, Rob Vic, Bodega Brothers and other significant members of the Dallas Hip-Hop community.

I first caught notice of Menace when B. ORGNL’s (@youaintjamminbro)  posted the Sly Stone video — produced by Menace himself and shot by the featured artist Rook —  I was taken by surprise. It was truly all the way Fresh.

Last week I visited Menace’s YouTube Channel to give his new album, Bar-A-Lago, a full listen. I was captured and surprised at how much I liked it. It was beyond fresh. I immediately recognized the warm, fuzzy feeling of Hip-Hop. The excitement of the discovery, …Mmmm, I can get my fix here!

After a quick study of his music, I was an instant fan. His music has a clear sense of authenticity and his beat selection is of a particular pedigree.

In person Menace is a walking torch barer for Hip-Hop. Spend any time around him and you quickly get present to the potential that whatever the conversation is, it can easily carom into the Hip-Hop realm. On location with Rakim Al Jabbaar, the two fell in numerous on-going debates on the more nuanced angles of the music and its history.

On the mic Menace is a technician. He waste no words, and spits with intensity and a sense of accuracy.   He packs a lot in each bar. Every word connects to an idea and its obvious that he puts a lot of thought into everything he writes.   With lyrics like…

They guessin’ down at the precinct, they reaching n grasping at straws,
I’m beastin’ scratching the walls, and my teeth are ravenous claws,
I’m a grizzly in the woods with Leo DeCap in his jaws,
you rappin’, I pause,
probably hold your cash in your bras

… one begins to wonder how long he has to hoover over the pad to write such densely packed bars as these.
What separates Menace from the others is his truly authentic sound of the ‘90s, like the boom-bap beats, the bar-for-bar lyrics and his constant homage to the culture of hip-hop. With Menace, everything comes back to the culture. He doesn’t seem to be trying to push the boundaries of the sound, he’s keeping it in a space where people are phonically comfortable. His music is very much in step with the long history of the Golden Era.

As Hip-Hop is constantly changing and new trends continue to emerge, it’s refreshing knowing through artist like Menace there exist a bridge back to what many of us consider true school, as his music remains true to the classic and traditional pillars of the Hip-Hop sound.

In addition to his solo work, he is one-half of the group The Addicts, which you can find here, and has many other spots and collaborations worth checking out. Including joints with Royce Da 5’9, MC Serch, and even Talib Kwali

This collection of records is a solid offering. I can’t leave the lab without playing Sly Stone or Don’t Blame Me joints at least once. I will without a doubt be visiting the Google Play Store for my digital copy.

To my true heads, I suggest you go cop the new Bar-A-Lago album here.